I have a daughter in elementary school who trains several times a week with her gymnastics team down in the valley. Since we live in a ski village, this means that we drive down the mountain road quite often. Together we navigate all the hairpin turns and single-lane bottlenecks due to ongoing construction. I usually plan just over 30 minutes to arrive on time.

Recently on the way down the mountain, we fell into a conversation that seemed like a nice metaphor for the EDgility practice of adaptability, specifically how planning is influenced by an agile mindset. See if you agree.

We left the house just over 25 minutes before gym started. We were going to need a bit of luck to arrive on time. And we were lucky during the first leg, arriving in the next village still twenty minutes before gym started. I made a note that I didn’t have to take the rest of the curves quite as fast. In other words, I made a new prediction, based on new information. I knew more and I could be more accurate.

Chloé and I started talking about predictions. When it’s only 20 minutes before gym and part of the route is already behind us, we can make a better prediction about our arrival time than when we are leaving the house 25 minutes before gym. To push this line of thinking to an extreme, Chloé and I started talking about how we could predict our arrival time very accurately if we made the prediction right when we turned into the parking lot. At that point, we can be accurate almost to the second. But when we have just finished the descent to the valley and are in the right town, we can only hope to be accurate within a few minutes. When we are somewhere behind a slow truck higher up the mountain - or right when we leave the house - our predictions just aren’t as good.

The parallel I am making is about the workflow on any particular project.

As I’ve heard more than once in the agile community, when we make plans before we actually start the work, those plans are the least informed that they will be. They are fairly hypothetical, not yet based on real evidence from actually experiencing the work. In other words, plans made before we start work, though needed, are in their least informed state for the upcoming work. They aren’t very good plans, but they get us started. Then as we work we learn more about the work. And at that point it would be silly to stick to the plan, which was made when we knew less. Instead we make a better plan. And then we work some more and we adapt the plan again as we go. By the time we are nearly finished we have a really good and accurate plan about the work, just as how when we turned into the parking lot we had a really good prediction about what time we would arrive at the gym.

This partly describes what we mean by adaptability. Given the choice, we probably want to be adaptable in our planning, our curriculum, and our teaching. The opposite is being rigid. The nature of work is full of change, so perhaps the nature of plans should be full of adaptability, since working toward a goal changes the work itself, and therefore the plan.

As you learn to define what agility is you’ll run across comparisons to what it is not. One of these comparisons is directly about adaptability and planning. Agile stresses small plans that are regularly replanned based on regular attention to feedback. A commonly cited opposite is waterfall, named after the appearance of a Gantt chart. Gantt charts are a version of the big plan, with work mapped against time, all set up before the work begins. For some projects this is fine. For others, once the actual work has introduced changes to the plan (um, usually right away), trying to stick to the plan is fruitless. Afterall, it’s not the plan that you want to accomplish, it’s the work.

I won’t draw the parallels for you too starkly here, but as one example consider how our generally accepted version of curriculum. Does it lean toward agile, with regular updates as the work is accomplished? Or does it lean toward waterfall, regardless of how the work is progressing (which of course is influenced by student and teacher ability, student interest, student language levels, special learning needs, current events, and the list goes on and on). Can you imagine a structure for your curriculum that is more agile and less waterfall? What would it take to shift a bit toward an agile mindset?

Is there room to adapt the plan as you manage the hairpin turns and bottlenecks of learning?

Oh, and just so you know. On this particular drive to gymnastics there were no slow trucks, we didn’t have to stop at either road construction site, and traffic was light. Despite our late start we arrived on time. And had a pretty enlightening discussion along the way. 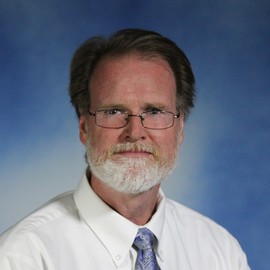 We can do school better by supporting authentic learning.